All of these are made to be broken

In 1980, a hamlet set in a swampy area of land, just on the other side of the border from Hong Kong, became the first Special Economic Zone (SEZ) in China. In just 30 years, this small fishing village became a city of more than 14 million people and a major part of China’s export economy.

Shenzhen belongs to the megacity region called the Pearl River Delta, which is home to 42 million people and colloquially known as “the world’s factory”. It accounts for nearly 10% of China’s total GDP (2013) and if it were a separate country, it would be the 12th largest economy in the world.

In Autumn 2015, I traveled to this region to document factories inside the SEZ. Over four days, I zigzagged across the megapolis, visiting manufacturing sites and making recordings of multitudinous machines and forms of human labour: plastic injection moulding for cell phones, experimental prototyping for electronic com- ponents, knitting and sewing factories for the world’s garment labels, and a print- ing press for China-wide publications.

Just two years after the founding of the Shenzhen SEZ, the late scholar and urbanist Marshall Berman describes the interaction between labor, material and capital, writing “All that is solid—from the clothes on our backs to the looms and mills that weave them, to the men and women who work the machines, to the houses and neighborhoods the workers live in, to the firms and corporations that exploit the workers, to the towns and cities and whole regions and even nations that embrace them all—all these are made to be broken tomorrow, smashed or shredded or pulverized or dissolved, so they can be recycled or replaced next week, and the whole process can go on again and again, hopefully forever, in ever more profitable forms.”

In this work, the paper shredders are activated only by the rhythmic qualities of the audio recordings I made in Shenzhen—the sounds of the factories directly map onto the patterns and movements of the motors. Our ability to perceive the audio recordings thus occurs only at the exact moment of its own destruction.

Excerpts from the performance by Alec Hall and Tyshawn Sorey, live at Qubit "Magnitudes". November 17th, 2016. 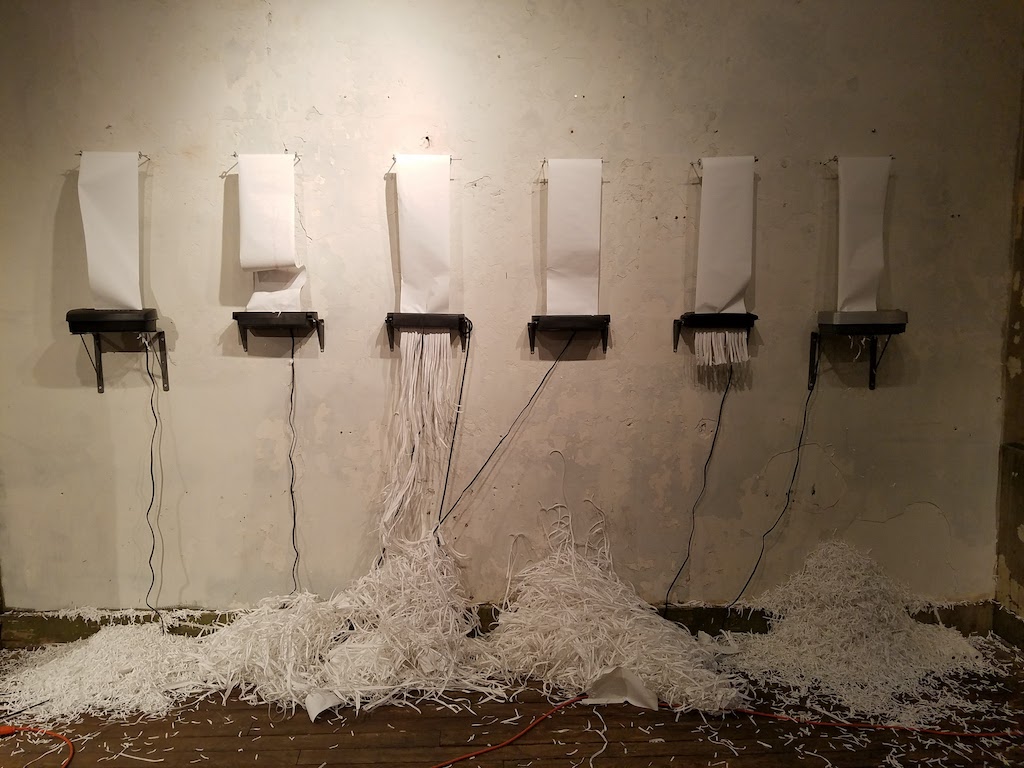 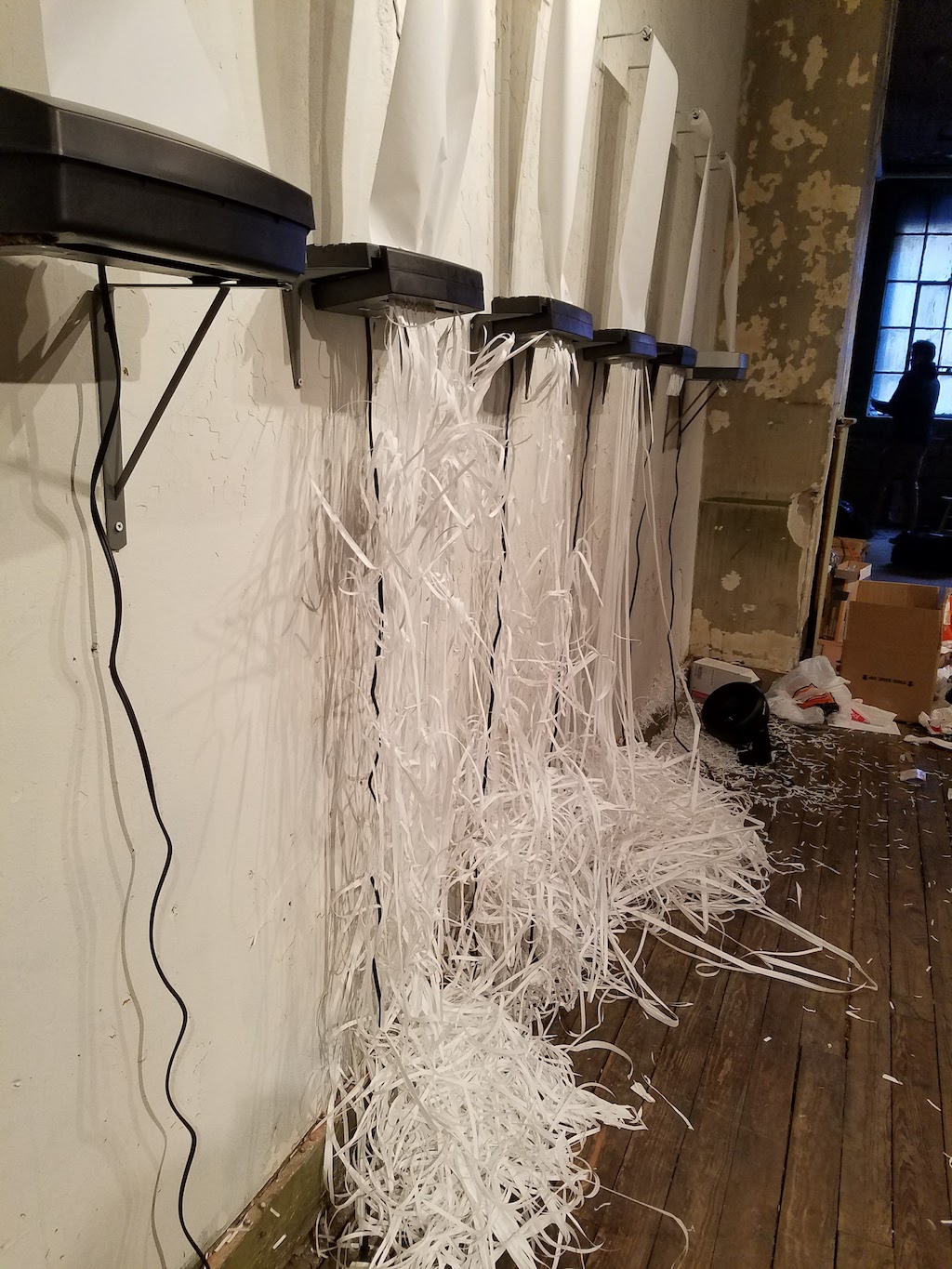 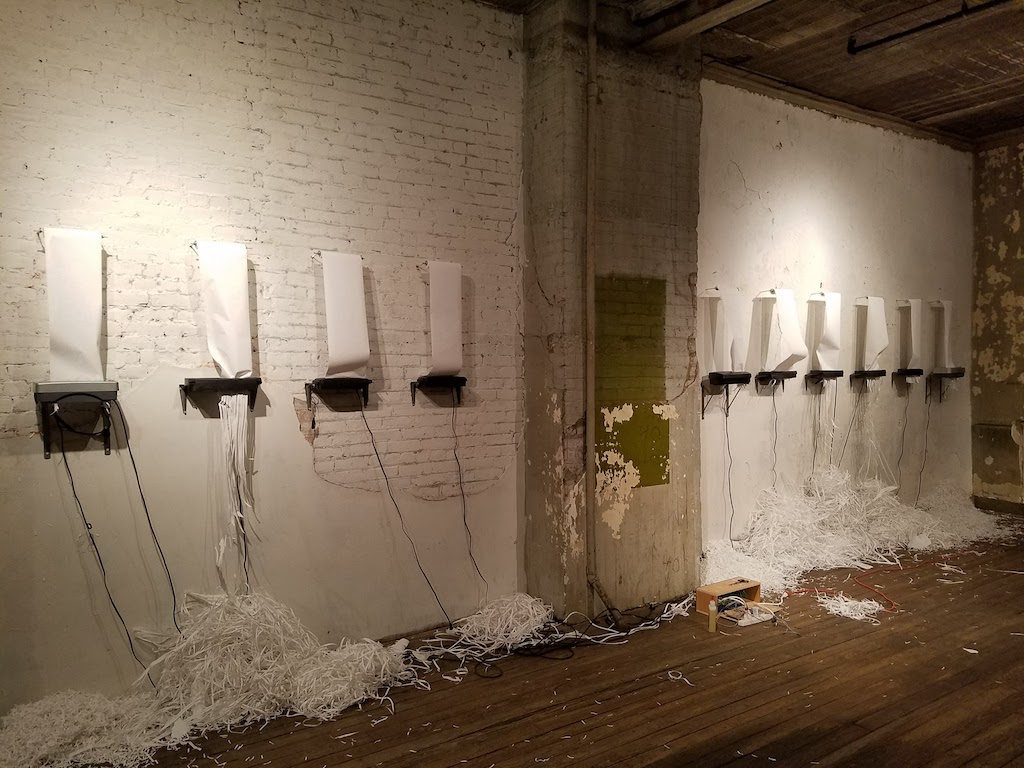 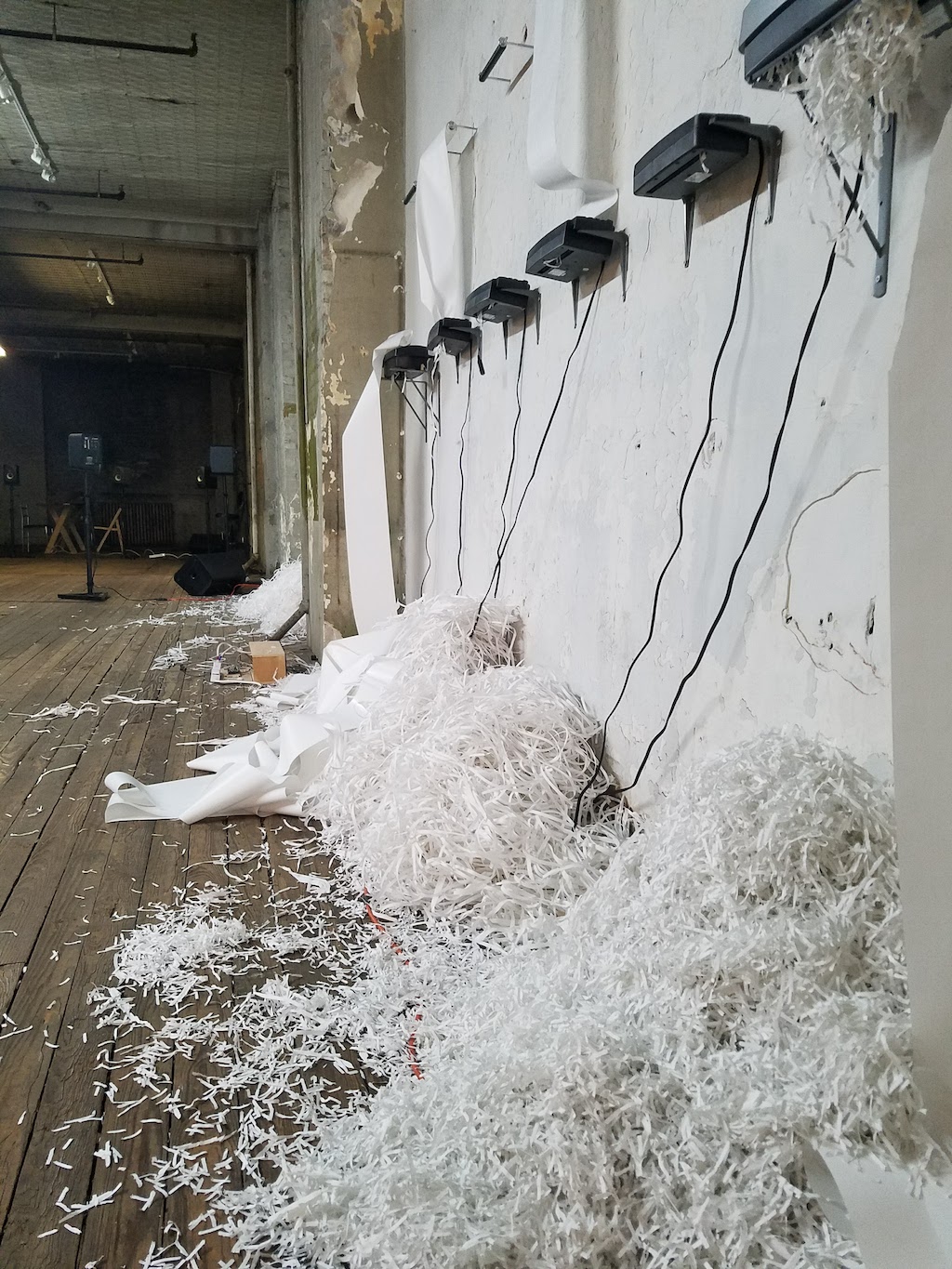